On the last day of the exhibition “Le monde est une invention sans futur”, the Bullukian Foundation welcomes artist Andrea Mastrovito for a last exceptional meeting with the public. Punctuated by discussions with the exhibition curator Fanny Robin, this evening was the occasion to exclusively show extracts from the artist’s new film: “I am not a legend”.

“I am not legend” begins where “NYsferatu” ends, in a destroyed world that has sacrificed freedom for security and ends up losing both at the same time. Through the animation of more than 50,000 plates where digital printing mixes with painting and erasing, “I am not legend” reinterprets the film “The night of the living dead” (1968) by G. Romero .

In its animated version, Andrea Mastrovito erases all the living dead and changes the scenario so that each character expresses himself only through the quotes of the most famous films, books and songs of our times. With its humanity entirely destroyed, the film begins a reflection on the loss of identity and memory of our time.

At the end of this meeting, the artist Andrea Mastrovito also produced a signing session for his catalog, edited for the occasion by the Bullukian Foundation.

“I am not a legend” is a project supported by the program of the Italian Council (6th edition, 2019) to promote Italian contemporary art in the world by the General Direction of Contemporary Creativity and Urban Regeneration of the Italian Ministry of cultural heritage, activities and tourism. 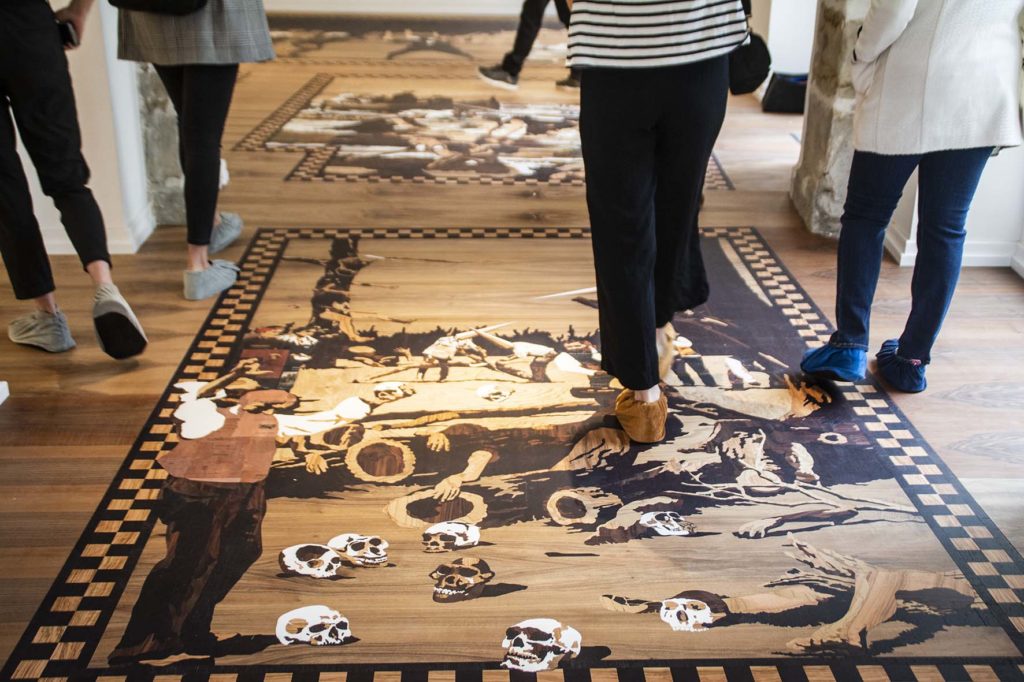